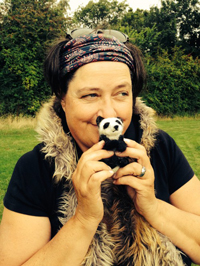 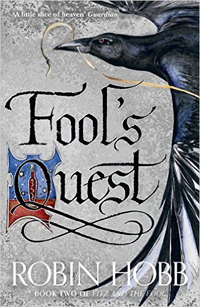 “I was born in Birmingham and lived there until at the age of four my parents moved away to Evesham.

“Here I grew up and remember little of those times. I do know that from at least the age of six I wanted to be an artist. I watched my dad drawing a picture of a lapwing, making a bird appear on a piece of paper using only a pencil, and I thought it was some magic that made this happen. So there and then I decided to learn how to conjure birds from paper and colour.

“I went to school in Evesham at Prince Henry’s High School and I remember walking to school past shop fronts above which elegant buildings grew. I used to get told off at school for drawing and dreaming. Now I get paid to do both.

“After school I went to college, first in Hereford, then to Exeter, where they told me that I would never make it as an illustrator, and from there I escaped to Bath Academy, set in a beautiful stately home in Corsham. After college I moved briefly to London, just off Balham High Road. I thought you had to live in London because that is where most of the publishing houses are. (It didn’t take me long to realize that I was not born to live in a city) It was here that my real education began as I took my portfolio around magazine publishers and book publishers. I worked in magazines and books for seven years, for The New Statesman, New Socialist, Independent, Guardian and Radio Times. I designed cards and calendars for Greenpeace and Amnesty International and fell into children’s books by accident.

“I moved to Wales just before starting my first children’s book, Jo’s Stormby Caroline Pitcher, and have lived in the same place ever since, a small cottage held together by spider’s webs. Cats come and go. At the moment I share the house with Tom and Hannah, my son and daughter, Floss and Bella, two odd dogs, and Maurice, Pixie, Elmo, Martha and Max, cats of various colour but mostly ginger.”

Jackie was shortlisted for the Ravenheart Award in 2010 and 2015.