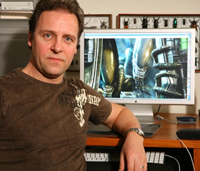 Stephen Youll for The Silver Kings 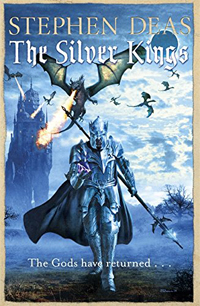 Stephen Youll was born in 1965 in Hartlepool.  He got his start in the genre when his work, done in conjunction with his twin brother Paul, was seen in 1987 at the 45th World Science Fiction Convention in Brighton.  His first commission, a collaboration with Paul, was for the cover painting for Emerald Eyes by Daniel Keys Moran.  The brothers continued to work together until Stephen moved to the United States. Painting originally in acrylics, he switched to oils and has produced pieces for such clients as Bantam, Ballantine/Del Rey, Warner and Avon.  He has also done work for DC Comics, IBM and Hamilton Plates.

Stephen attended the Durham New College of Art and Design and Sunderland University with his brother. Both graduated with honours and began working as reconstruction artists at Durham Cathedral before beginning their freelance art careers.

Stephen was shortlisted for the Ravenheart Award in 2013.