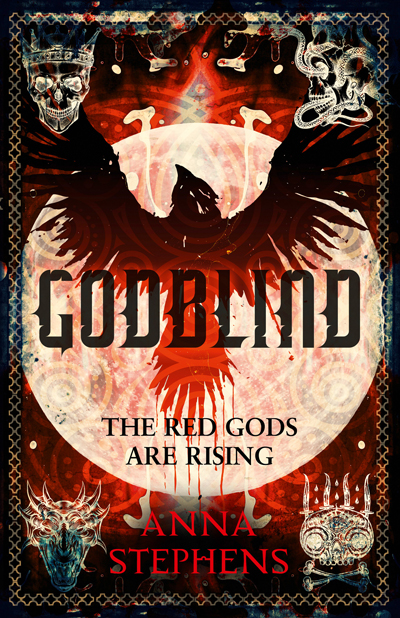 There was a time when the Red Gods ruled the land. The Dark Lady and her horde dealt in death and blood and fire.

That time has long since passed and the neighbouring kingdoms of Mireces and Rilpor hold an uneasy truce. The only blood spilled is confined to the border where vigilantes known as Wolves protect their kin and territory at any cost.

But after the death of his wife, King Rastoth is plagued by grief, leaving the kingdom of Rilpor vulnerable.

UK based Anna Stephens has a BA (Hons) in Literature and a Diploma in Creative Writing, both from the Open University. Anna has previously been published in several small presses over the years, and has forthcoming short stories in the Art of War anthology (2018), Grimdark magazine (2018) and Unfettered III, to be published by Tor in 2018.