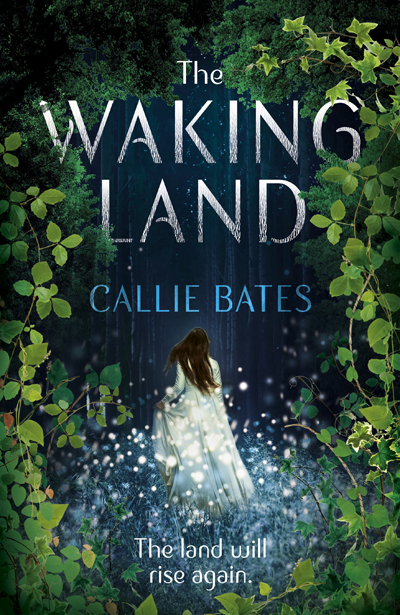 Wildegarde came bearing a flame in her heart…

It’s been fourteen years since Elanna was taken hostage. Fourteen years spent being raised by the King who defeated her traitorous father. A man she’s come to love like family.

But when the King is killed and Elanna framed for his murder, she must flee for her life.

Her only hope is to reach her homeland, but her father wants to reignite his rebellion and use Elanna as a figurehead. He will tell his followers she is the goddess Wildegarde reborn, a warrior of legend who could make the very earth tremble.

But what no one knows is that magic really does flow through Elanna’s veins. And now she must decide whether she’ll use her powers to create peace… or to enact revenge.

Callie Bates is a writer, harpist and certified harp therapist, sometimes artist, and nature nerd. When she’s not creating, she’s hitting the trails or streets and exploring new places. She lives in the Upper Midwest and occasionally writes nonfiction. Her essays have appeared in Shambhala Sun, The Best Buddhist Writing 2012, All Things Girl and online journals.