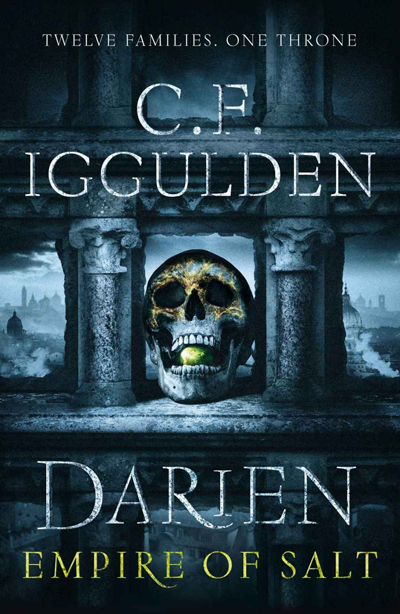 The city of Darien stands at the weary end of a golden age. Twelve families keep order with soldiers and artefacts, spies and memories, clinging to a peace that shifts and crumbles. The people of the city endure what they cannot change.

Here, amongst old feuds, a plot is hatched to kill a king. It will summon strangers to the city – Elias Post, a hunter, Tellius, an old swordsman banished from his home, Arthur, a boy who cannot speak, Daw Threefold, a chancer and gambler, Vic Deeds, who feels no guilt – and Nancy, a girl whose talent might be the undoing of them all.

As the sun sets, their arrival inside the walls will spark a series of explosive events. Before the sun returns, six destinies will have been made – and lost – in Darien.

As Conn Iggulden, C. F. Iggulden is one of the most successful authors of historical fiction writing today.  He has written three bestselling historical series, including the recent Wars of the Roses quartet. Darien is the first in his epic fantasy series, The Empire of Salt.