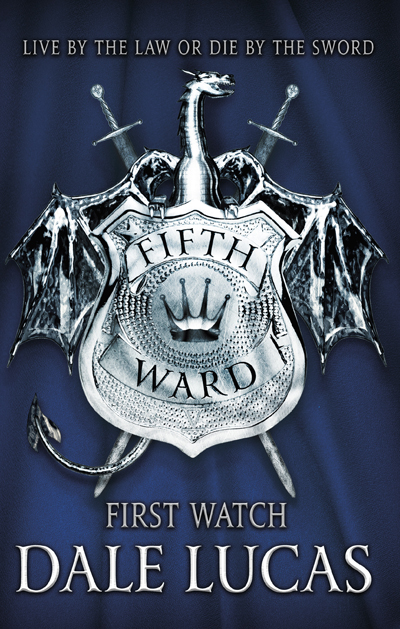 In the cramped quarters of the city of Yenara, humans, orcs, mages, elves and dwarves all jostle for success and survival, while understaffed watch wardens struggle to keep the citizens in line.

Enter Rem. New to the city, he wakes bruised and hungover in the dungeons of the fifth ward. With no money for bail – and seeing no other way out of his cell – Rem jumps at the chance to join the Watch.

Torval, his new partner – a dwarf who’s handy with a maul and known for hitting first and asking questions later – is highly unimpressed with the untrained and weaponless Rem. But when Torval’s former partner goes missing, the two must learn to work together to uncover the truth and catch a murderer loose in their fair city.

Dale Lucas is a novelist, screenwriter and film critic from St Petersburg, Florida.