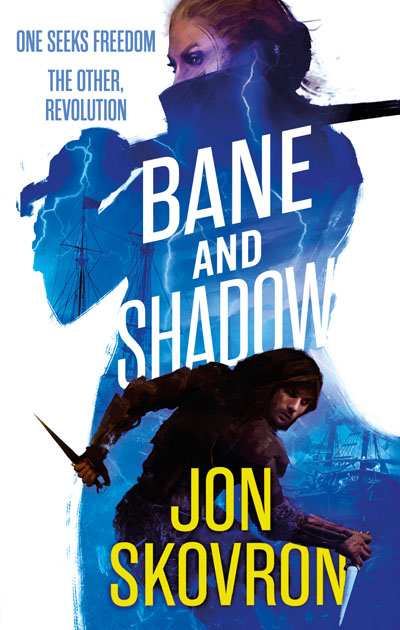 In a fracturing empire spread across savage seas, two young people from different cultures find common purpose.
Red is being trained as a cold-blooded assassin by the biomancers. As he becomes increasingly embroiled in palace politics, he learns that even life amongst the nobility can be deadly.
While terrorizing imperial ships as the pirate Dire Bane, Hope stumbles onto a biomancer plot of such horrifying scope that it makes even the massacre of her childhood village seem small in comparison.With the biomancers tightening their grip of fear over the empire, Hope and Red struggle to fill their new roles and responsibilities, but the cost will be greater than any of them realize.

Jon Skovron is the author of several young adult novels. Hope and Red was his first adult fantasy novel. He lives outside Washington DC with his two sons.