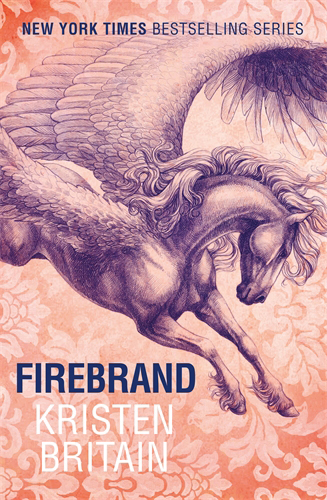 Green Rider Karigan G’ladheon, not yet recovered in heart or mind from her unexpected trip through time, is assigned a new mission. She must seek out the legendary creatures called p’ehdrosian to renew an alliance of old in the face of dire threats from enemies who seek to destroy Sacoridia using dark magic.

Each step on her journey northward grows more perilous as she faces attacks from groundmites, encounters with ghosts, and, ultimately, the threat of the necromancer and leader of Second Empire, Grandmother, as they approach the enemy encampment in the Lone Forest.

Meanwhile, King Zachary of Sacoridia has been kidnapped by an ice elemental who is allied with Second Empire. Can Karigan free her king from captivity with just two allies by her side?

Kristen Britain grew up in the Finger Lakes region of New York State, where she started her first novel – an undersea fantasy featuring herself and her friends – at the age of nine. She published her first book, a cartoon collection called, Horses and Horsepeople, at the age of thirteen. In 1987 she completed a degree in film production, with a minor in writing, at Ithaca College. After graduation, travel beckoned and she began a career as a ranger with the National Park Service, enabling her to work in a variety of natural and historical settings, from 300 feet below the surface of the Earth to 13,000 feet above sea level on the Continental Divide; and from the textile mills of the American Industrial Revolution to the homes of Americans who changed the course of history. Her first published epic fantasy novel, Green Rider, the story of a runaway school girl who finds herself in deep peril when she agrees to bear a message for a dying Green Rider (king’s messenger), was released in 1998.  Currently she lives in an adobe house in the high desert of New Mexico among the hummingbirds and lizards.