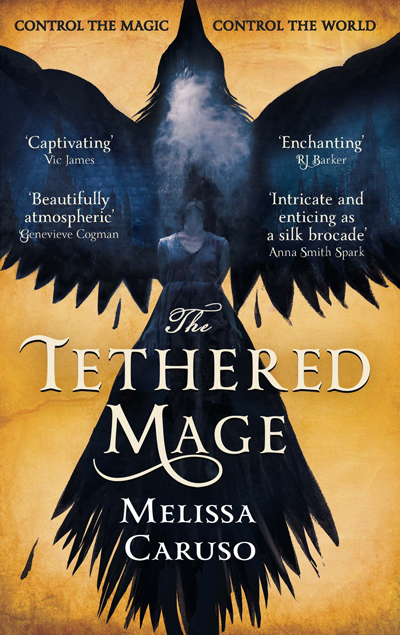 The Tethered Mage, Melissa Caruso
Book 1 of The Swords and Fire Trilogy (Orbit)

In the Raverran Empire, magic is scarce and those born with power are strictly controlled – taken as children and conscripted into the Falcon Army.

Zaira has lived her life on the streets to avoid this fate, hiding her mage-mark and thieving to survive. But hers is a rare and dangerous magic, one that could threaten the entire empire.

Lady Amalia Cornaro was never meant to be a Falconer. Heiress and scholar, she was born into a treacherous world of political machinations. But fate has bound the heir and the mage. And as war looms on the horizon, a single spark could turn their city into a pyre.

Melissa Caruso graduated with honours in Creative Writing from Brown University and holds an MFA in Fiction from University of Massachusetts – Amherst.