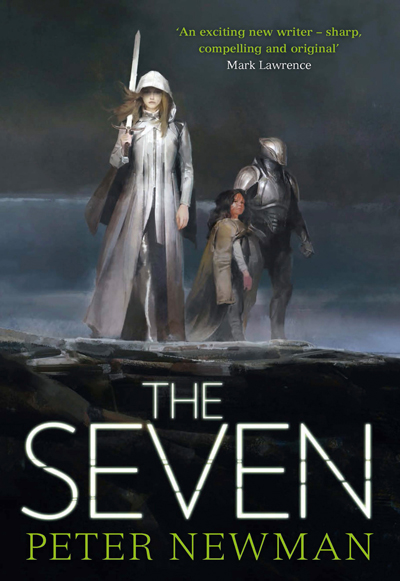 Years have passed since the Vagrant journeyed to the Shining City, Vesper in arm and Gamma’s sword in hand.

Since then the world has changed. Vesper, following the footsteps of her father, journeyed to the breach and closed the tear between worlds, protecting the last of humanity, but also trapping the infernal horde and all those that fell to its corruptions: willing or otherwise.

In this new age it is Vesper who leads the charge towards unity and peace, with seemingly nothing standing between the world and a bright new future.

That is until eyes open.

And The Seven awaken.

Peter Newman lives in Somerset with his wife and son. Growing up in and around London, Peter studied Drama and Education at the Central School of Speech and Drama, going on to work as a secondary school drama teacher. He sometimes pretends to be a butler for the Tea and Jeopardy podcast, which he co-writes, and which has been shortlisted for a Hugo Award. His first book, The Vagrant, was shortlisted for a British Fantasy Award, and won the David Gemmell Morningstar Award in 2016.