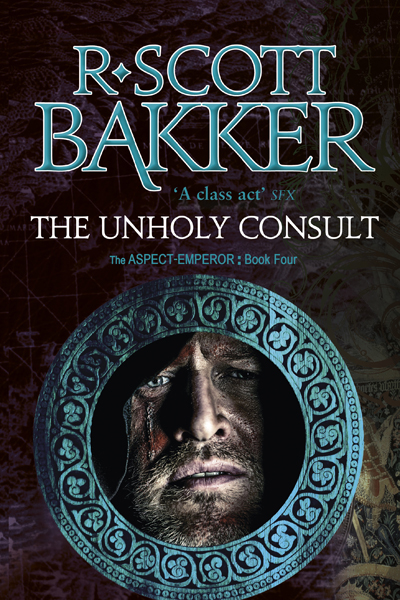 A score of years after he first walked into the histories of men, Anasûrimbor Kellhus rules all the three seas, the first true Aspect-Emperor in a thousand years.

The Unholy Consult is the hugely anticipated final novel in R. Scott Bakker’s acclaimed Aspect-Emperor series, set in a vivid world of myth, war and sorcery. It is a series that stands alongside the finest in the genre, for its grand scope, rich detail and thrilling story.

R. Scott Bakker is a student of literature, history, philosophy and ancient languages. He divides his time between writing philosophy and fantasy, though he often has difficulty distinguishing between them. He lives in London, Ontario.