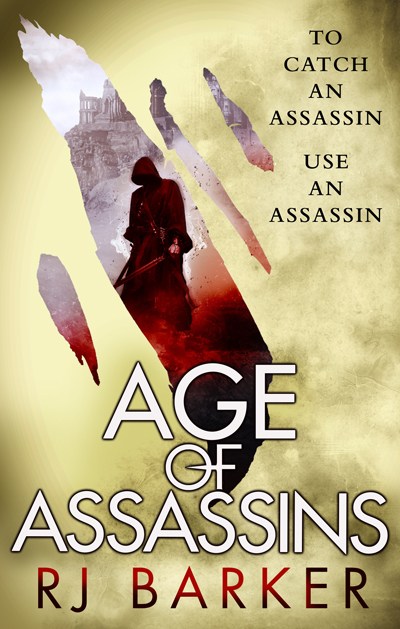 Girton Club-Foot, apprentice to the land’s best assassin, still has much to learn about the art of taking lives. But his latest mission tasks Girton and his master with a far more difficult challenge: to save a life. Someone, or many someones, is trying to kill the heir to the throne, and it is up to Girton and his master to uncover the traitor and prevent the prince’s murder.
In a kingdom on the brink of civil war and a castle thick with lies, Girton finds friends he never expected, responsibilities he never wanted and a conspiracy that could destroy an entire land.

RJ Barker lives in Leeds with his wife, son and a collection of questionable taxidermy, odd art, scary music and more books than they have room for. He grew up reading whatever he could get his hands on, and has always been ‘that one with the book in his pocket’. Having played in a rock band before deciding he was a rubbish musician, RJ returned to his first love, fiction, to find he is rather better at that. As well as his debut epic fantasy novel, Age of Assassins, RJ has written short stories and historical scripts which have been performed across the country. He has the sort of flowing locks any cavalier would be proud of.