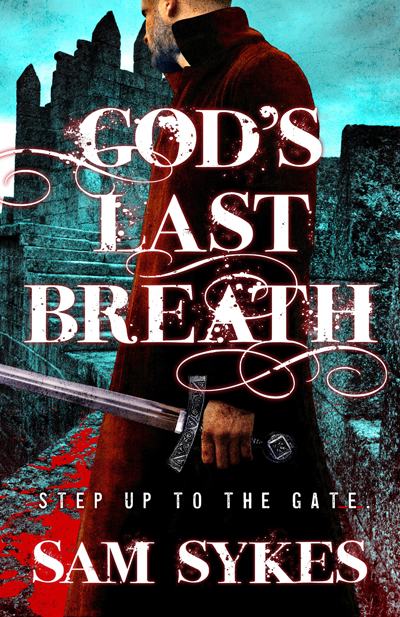 The great demon Khoth-Kapira has broken free of his prison and taken his first steps upon the mortal world. And he owes it all to Lenk. Believing that the demon will mend a broken world that the gods have ignored, Lenk serves as a reluctant champion to Khoth-Kapira’s cause. But as the desperate and fearful flock to Khoth-Kapira’s banner, begging for salvation, Lenk begins to doubt his patron’s good intentions.

The city of Cier’Djaal, meanwhile, has become the battlefield for the last great war. And as the mortal races prepare to tear each other apart, none are aware of the march of the great demon who comes to tame them.  At the tip of a spear or beneath the heel of demons, the reign of mortals ends.

Sam Sykes has done many things worthy of note, most of them involving violence of one manner or another.  Amongst his feats of strength, he counts the following:

Those are most likely true, as Sam Sykes is not given to lying without cause.

He currently lives in the United States with his two hounds and, at any given time, is probably yelling at something inanimate.