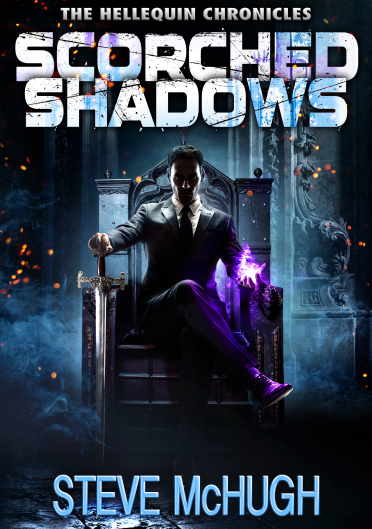 Avalon is under siege. A shadowy cabal, headed by a mysterious figure known only as “My Liege,” has launched a series of deadly attacks across the globe, catching innocent human bystanders in the crossfire.

Emerging from the debris of battle, Nate Garrett, the sixteen-hundred-year-old sorcerer also called Hellequin, and his friends must stop My Liege once and for all. But powerful forces stand in their way. To save Avalon, they will need to enlist the help of Mordred, once Nate’s greatest nemesis, now his most formidable ally. But Mordred is grappling with a dark prophecy that could spell Nate’s doom…

The fate of the world hangs in the balance. Even if Nate can halt the war, will there be anything left worth saving?

Steve’s been writing from an early age, his first completed story was done in an English lesson. Unfortunately, after the teacher read it, he had to have a chat with the head of the year about the violent content and bad language. The follow up ‘One boy and his frog’ was less concerning to his teachers and got him an A.
It wasn’t for another decade that he would start work on a full length novel, the result of which was Crimes Against Magic.  He was born in a small village called Mexborough, South Yorkshire, but now lives with his wife and three young daughters in Southampton.