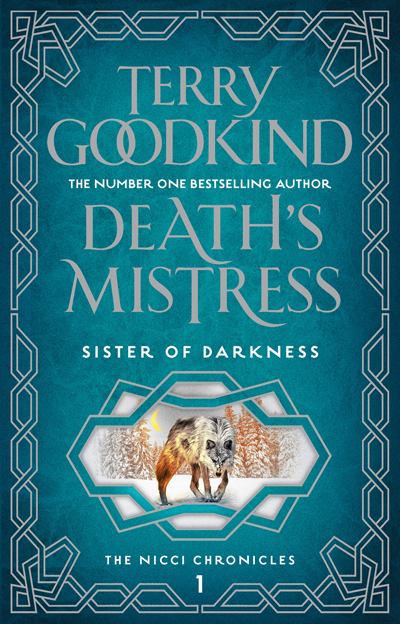 Nicci has gone by many names and faced many challenges.

But that’s in the past.

Now, on the far horizons of a world forged anew, she must heed the witch woman’s words:

‘and the sorceress must save the world’.

As Nicci journies into uncharted lands, she’ll face her greatest test yet. She’s saved the world before, but she’s never had to do it on her own…

Terry Goodkind was born and raised in Omaha, Nebraska, where he also attended art school, one of his many interests on the way to becoming a writer. Besides a career in wildlife art, he has been a cabinet maker, violin maker, and he has done restoration work on rare and exotic artifacts from around the world – each with its own story to tell, he says. In 1983 Goodkind moved to the forested mountains he loves. There, in the woods near the ocean, he built the house where he and his wife, Jeri, live, and came at last to tell his own stories.