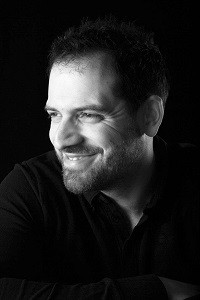 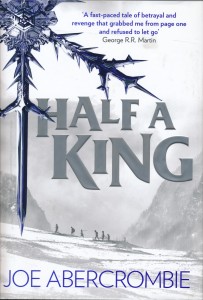 “Fantasy is about myth, magic, monsters, mystery and wonder. It’s a window into other worlds, other times, other realities. Places that have never existed and could never exist, except in the minds of writer and reader.

But fantasy is also a window into our world. A way of talking about us. About the modern world. About the things that are universal to humanity. Love and hate, war and peace, truth and lies, courage and cowardice, victory and defeat, right and wrong and all the grey space in between. About politics, parenthood, money, violence, progress, belief, betrayal, ambition and triumph. About what it means to be a hero. About whether it is possible to be a hero.

And, of course, fantasy wouldn’t be much good if it wasn’t about fascinating, funny, strange, honest, conflicted people getting themselves into terrible trouble. And getting out again. If they’re lucky…”

Prince Yarvi has vowed to regain a throne he never wanted. But first he must survive cruelty, chains and the bitter waters of the Shattered Sea itself. And he must do it all with only one good hand.

Born a weakling in the eyes of his father, Yarvi is alone in a world where a strong arm and a cold heart rule. He cannot grip a shield or swing an axe, so he must sharpen his mind to a deadly edge.

Gathering a strange fellowship of the outcast and the lost, he finds they can do more to help him become the man he needs to be than any court of nobles could.

But even with loyal friends at his side, Yarvi’s path may end as it began – in twists, and traps and tragedy…

I’m sure this will shock no one, but it has to be A Game of Thrones, for me. I read it at a time when I’d more or less stopped reading epic fantasy, and it really changed my mind about what you could do within the form.

Joe Abercrombie was born in Lancaster on the last day of 1974, the son of an English teacher and a sociologist. He spent much of his youth in imaginary worlds, and left school with a good idea of how to make stuff up. He moved to the big city, learned to brew tea, and ended up as a TV editor, working on documentaries, events and concerts for bands from Iron Maiden to Coldplay. But in the darkness of the night he was still making stuff up, and his first book, The Blade Itself, was published in 2006. He now lives in Bath with his wife Lou and their three children Grace, Eve and Teddy and makes stuff up full-time.